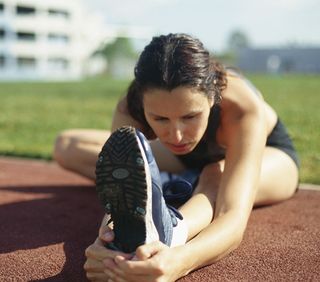 Mistake #1: Discounting the importance of the weekly long run.

For the half-marathon and marathon, the weekly long run is one of
the most important components of training. The adaptations that take
place physiologically and psychologically during the long run are
critical in helping the runner complete the race distance, as well as
helping the runner achieve a goal time. Key adaptations that take place
with the weekly long run:

Mistake #2: Selecting a race without considering the weather or lifestyle considerations for training.

Most marathons are held in the spring or fall because of the milder
temperatures in the Northern Hemisphere. Most experts recommend a
training buildup of 10-16 weeks for most experienced runners prior to a
marathon, perhaps a few weeks less for a half marathon.

For athletes who select a spring race, this will mean completing a
large portion of their training during the thick of winter — where
cold temperatures, snow and ice, and limited daylight hours can all
have a dramatic effect on the quality of training and motivation for
completion. Runners with work and family commitments, who have to train
in early morning or evening hours, may find preparation for a spring
marathon challenging. For athletes who select a fall marathon or half
marathon, the bulk of the training load will come during the heat and
humidity of summer. For most runners, training in extreme heat is more
challenging than training in cold weather, where additional clothing
can be worn. While it may be considerably easier to get runs in during
early morning or late evening hours, summer is typically full of family
vacations and weekend outings that can make sticking with a rigid
training routine more difficult.

In the end, when deciding on a marathon or half marathon, each
runner should take a look not just at the time of the year of the race,
but the logistics of how well they will be able to complete their
training in the three to four months prior to the event.

After weeks and weeks of training, many runners end up failing to
finish or meet their goals — often due to some simple, small detail
that was overlooked regarding race day routine. Here are some examples:

Many of these questions can be worked out during weekly long runs,
such as clothing and breakfast choices. Runners also can contact race
organizers for details about sports drinks and then try out the drinks
during training. The weekly long run is not just an important component
for training adaptations. It is also a great “dry run” for the race.

Mistake #4: Starting the race too fast.

Three athletes who Chapman coaches qualified for the U.S. Olympic
Marathon Trials and another won the Columbus Marathon in her debut at
the distance. In all four cases, the athletes executed a “negative
split” strategy — where the second half of the race was faster than
the first.

Based on the paces completed in training, runners should have a
strong idea of what pace they are capable of executing for the race
distance, with slight modifications based on changing race day
conditions such as weather. Once that pace is determined, Chapman
recommends a conservative approach, especially if the goal is simply to
finish the race. Even if a runner has a goal time in mind, a
conservative, negative split approach will often lead to best
performances, typically without the late race discomfort that normally
accompanies a more aggressive pacing approach.

Starting out at a conservative pace can often be a challenge with
the excitement of the race start, the bands and music, and even
fireworks that are present when the gun fires. However, the most common
recipe for disaster in a marathon is going out too fast.