How To Make Things Happen 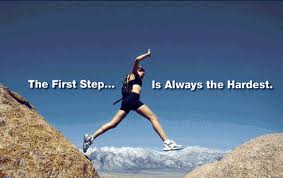 I'm always asking myself the question "why do some people make things happen and others don't?" There's even a few variations to this saying that goes something like this;

So many people have the idea of getting in shape but don't do anything about it? Is it because they're lazy people? Not likely because some are very hard working people. Is it because they don't desire it enough? It definitely has something to do with it but it's not the whole story.

Great ideas are everywhere, I hear them all the time from all sorts of different people. Whether it's about wanting to get in shape, starting a different type of business or coming up with some new creative invention. But what I found is ideas die quickly when their not supported with a structure. Everyone at one point has come up with an idea for a new business concept and never acted on it. What I believe people are missing is a structure or a system of organizing their ideas.

By this I mean you can have the greatest idea in the world but if you can't organize that idea to come to reality you have nothing (your're the mad scientist or the dreamer). And on the other end of the spectrum you could be the most organize person in the world but you lack the creativity to come up with a solution for your problem. So a good balance of creativity and organization is essential if you want to have a great impact and make it happen.

Here's an en example of someone that has a good idea but lacks a system to organize it;

Day 1: "I really want to lose weight, yes I think today will be the day. The phone rings you need to get back to work"

The idea was great, think of the impact it would have had. But they failed.

Now compare it to this next scenario where there's a structure to support the idea;

Day 1: "I really need to get in shape, what do I need to do first, I know I will do some research (action step 1) I better write this down. (make it concrete in writing) I'll get the number now and call tonight on my way home (action step 2)(creating a deadline to your action)" She looks at her co-worker and says I'm getting a personal trainer tonight (specific action). Can you make sure to ask me tomorrow how it went, I need you to hold me accountable. I need to do this. (Make someone hold you accountable).

So there you have it, my system to getting things done.

Step 1: Focus on action steps
Step 2: Put it in writing
Step 3: Make someone hold you accountable of your actions

It's really simple yet very powerful